The Path of Recovery – From Alcoholic to Awakening! 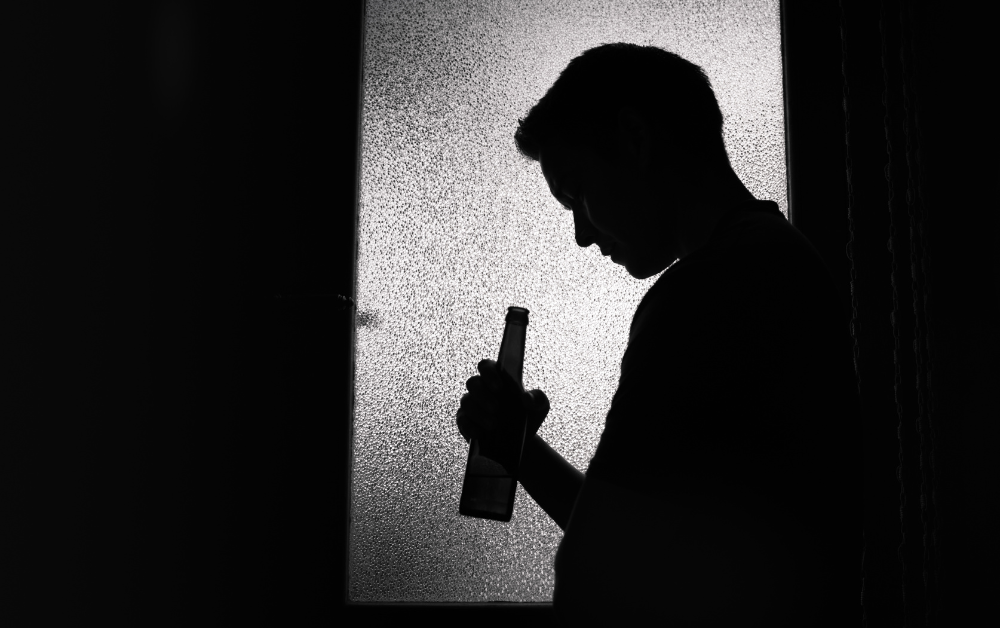 Oct 2019, I was discharged from hospital after two months fighting for my life with liver failure. I left hospital that day with the daunting task of beginning a new life away from all I’d ever known. I began the path of recovery, free from alcohol. In the process, I would have to let go of hobbies, the majority of my friends, where life mainly revolved alcohol. I would have to cut off my old life, and all I knew, to become a new me.

In the lead up to 2019 I was a mess. I was living an unconscious life, one where I would often reach to alcohol and drugs to escape reality. When I look back on my life, I had issues with anxiety and depression from an early age, but things really took a turn for the worst around 2015.

I was a new father to two-year-old twins, and I was suffering with insomnia. I would often not sleep for six/seven days straight. This began to affect my job, and I often lost days to sickness. I was eventually made redundant in 2017, and this is when my anxiety and depression really took a hold on me.

This post is written straight from the heart, and I hope you find it inspirational. This is a short story, from alcoholic to awakening.

The Path of Recovery – From Alcoholic to Awakening!

I visited the Doctor on many occasions, and I would be prescribed medication after medication. I was given medication for anxiety, depression and insomnia. I felt like I was rattling inside, because I was on so many meds. And here is the thing, my mental health worsened from that point. That’s when I began self-medicating on alcohol to catch some much-needed sleep. What started with four beers most nights, snowballed out of control fast. Over the next few years, I lost access to my children, had to move back in with my parents, and was jobless. I would often fight the alcoholism. For example, I would regularly go a few weeks without drinking, and then the insomnia would kick back in, and I would cave in to the urge of drink again. I was living a miserable existence. I had no knowledge of spiritually or personal growth. I was lost, deep in a black hole of despair and depression.

2019 is the time when my drinking took to the next level. I hadn’t seen my children for months, and I was in a mindset of victimisation. I felt sorry for myself, and I was also suicidal. Most days I would wake up to a choice, shall I try to drink myself to death today? or shall I take an overdose? It was a grim life. I was drinking from the moment I opened my eyes, until I passed out, and then the misery would repeat itself. I had given up on life, and I would pray I would die in my sleep. I was living a nightmare, and it was vicious circle I couldn’t break.

Sept 2019, I had a seizure. My skin had turned yellow and I was taken to hospital in an ambulance. I had liver failure. How could my life reach this point? I always held down good jobs, and was known as a cheeky chappy who was a bit wild. But this, how could it get to this? I spent the following month in critical care, where it was touch and go if I would survive. It was tough for my family, as I was clutching on for my life each day.

When I woke from critical care, I was a mess. I was told I would have to learn to walk again, and that my liver would never fully regenerate. I wasn’t bothered, as I was so full of gratitude to be alive. I felt different inside, something had changed within me. For the first time in my life, there was spark of light. Over the next month I began my physical therapy, until I was in suitable condition to leave hospital. At the time of being discharged, I was in good spirit, but I could not walk and I was fragile. I had bloated up in hospital, and I lost four stone in a few weeks (I wouldn’t recommend this as a diet plan! :)). Again, I was advised by the consultant that my liver would never fully regenerate, and that I would be off my feet for 12/18 months.

One cold day in Nov 2019, I had been out of hospital a few weeks, when an experience occurred which would change my life forever. I was lying on the sofa when I come across video on YouTube by Earl Nightingale, called the “The Strangest Secret”. While listening to the audio, I had a deep recognition that beyond my body, I was one with all that exists. I recognised immediately, that the thoughts which had been causing me so much pain all my life, were in fact not mine, but illusions of the mind.

My life was turned upside down, and years of mental conditioning and belief systems came crashing down into an oblivion. I had an urge to meditate and research mediation (I had never meditated before in my life!). I purchased a few books on meditation/mindfulness by Thich Nhat Hahn, and my journey within had begun.

Below are the books I purchased from Thich Nhat Hanh, which I highly recommend.

Over the next two months, I was living life through different eyes. Unknowingly at the time, but I had been cracked wide open through my trauma and had an awakening. Throughout December 2019 and January 2020, I was meditating frequently and reaching states of bliss I cannot even reach now.

I couldn’t help but notice, and those around me noticed too, that I was healing physically and mentally. With my hand on my heart, I was walking within a month, and began exercising as well. I felt amazing, but what happened next blew me away.

Late January 2020 I visited the hospital for my first check-up since being discharged. The consultant was amazed at my recovery, but it doesn’t end there. I was told on this day that my liver had fully regenerated, I nearly fell off the chair. I was gobsmacked. In the space of two months, I had fully healed from liver failure, and not only could walk, but felt amazing physically. It was at this point, I truly believed miracles do happen. When I look back now, I believe I healed myself through the intense levels of bliss I was reaching, not only in mediation, but throughout the day. I was guided by Infinite Intelligence within. The period of bliss came to end in February 2020, and I was later diagnosed with PTSD.

My longing for a deeper meaning to life was burning inside, and a journey of self-discovery had begun. A journey which has seen me wake up every day since, with the desire of conquering my addiction and mastering my mind. My mindset is, I won’t allow something that nearly killed me, and was the cause of 99% of my problems for twenty years, to have a hold over me for the remainder of my life.

The Path of Recovery – Final thoughts

I still have a long road ahead, but the deeper I journey within, alcohol is becoming nothing but distant memory of a time in my life when I was lost in an illusion of suffering.

I would also like to thank my family for sticking by me through my absolute worst, and especially my partner Jo, who believed in me when most had given up. I’m not being dramatic, when I state that during 2019 I would been in prison or dead without Jo by my side. My children will grow up with a father because of Jo’s support. I am eternally grateful to those mentioned above.

I will be following up to this post soon, with another on practices and guidance which have helped me during my recovery. If you resonate with this post, then don’t hesitate to comment below or send me a message via adam@adam-lawrence.org. I’m truly grateful for you reading my content.